How to Make an Inflatable Violet Beauregarde Costume 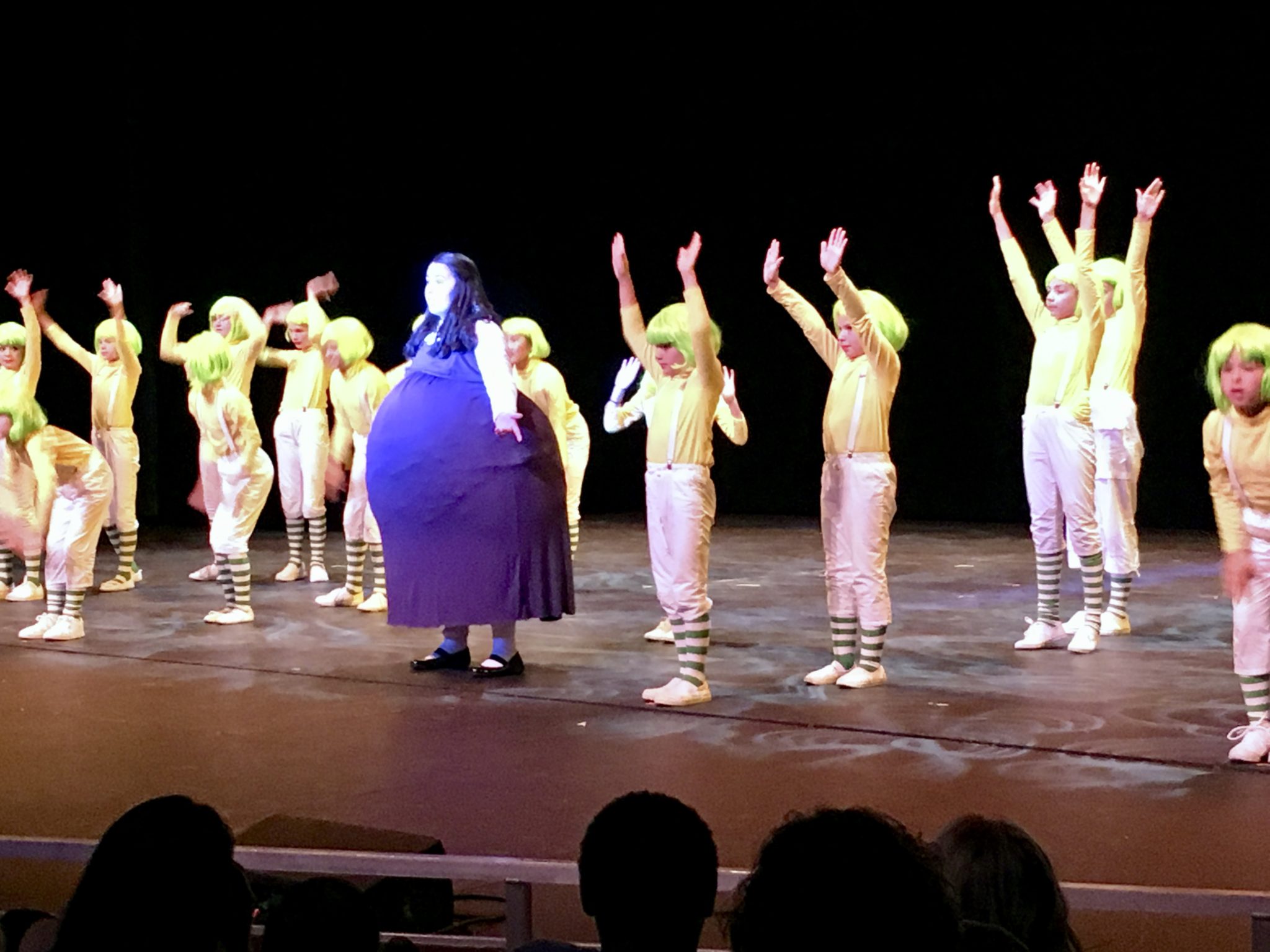 The Violet costume. This was probably the thing I was most worried about when we decided to produce Willy Wonka. Here are the steps I took and how it turned out. 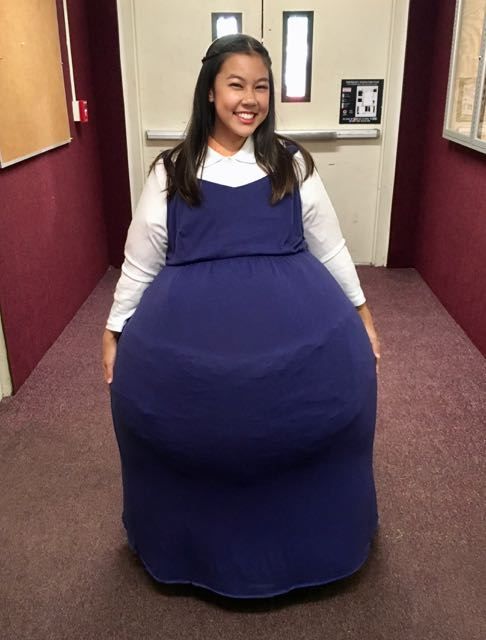 Once you have all of the parts, this costume is really all about the assembly. The one thing I did beforehand was cut a slit up the back of the dress and sew in a triangle-shaped piece of blue jersey fabric so that the dress could really grow big.  Without it, the suit only inflated a little under the weight of the dress and didn’t have much impact. 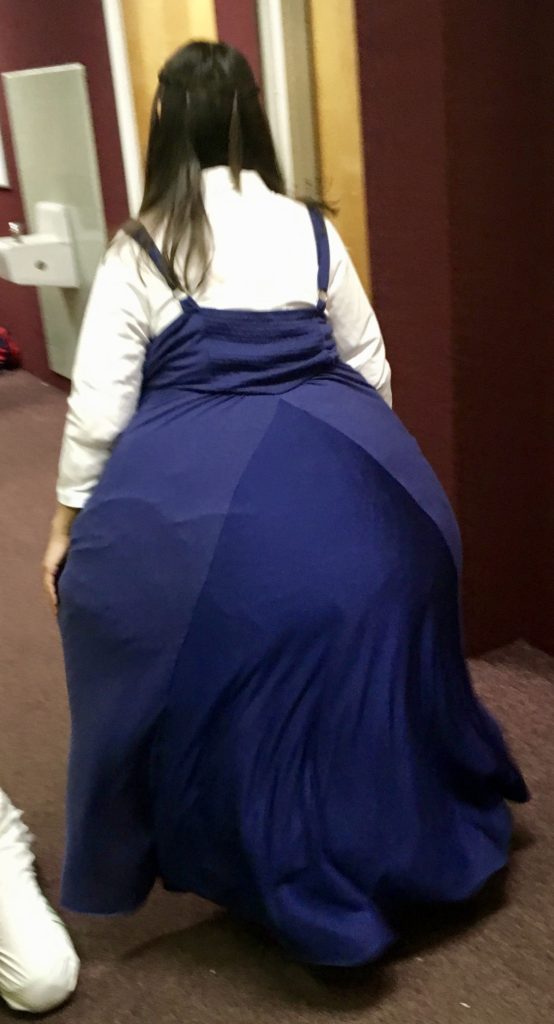 Assembly (or rather, getting Violet dressed):

*Notes: High socks are important to keep the inflatable suit from extending out and being see when the dress lifts up. 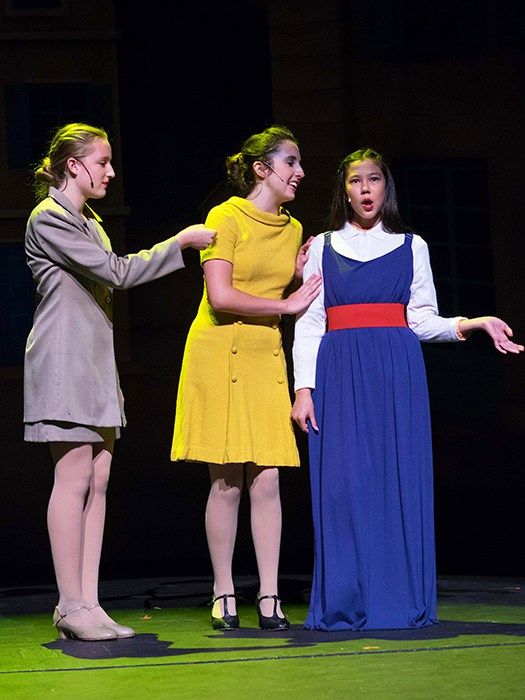 First, the actor needs to find a time offstage to take off the bike shorts holding the suit down under her dress.

The actual inflation part requires some trial and error during your run thru. I found with my Violet/dress/suit combo it too 30 seconds to inflate.  I had Violet’s mom discretely switch the suit on which is why you need the easy access on the neck for the battery pack is so important. Violet and/or her mom then popped off the belt which allowed the dress to expand.

I had toyed with the idea of cutting a hole in the dress for the suit’s fan but decided that it would bug me to see it during the whole show so I left the dress in tact.  Just left on its own, the dress prevents the suit from inflating but I made it part of my actress’s blocking to pull at the fabric of her dress like she was getting uncomfortable with her skin expanding. With 3 or 4 good pulls of the dress away from the fan, it inflated perfectly!

*Note: Sadly there was one show where the suit didn’t inflate due to the fan piece falling off inside.  We found it was just screwed on very lightly with a round plastic piece. A little hot glue made sure that never happened again. Lesson learned.