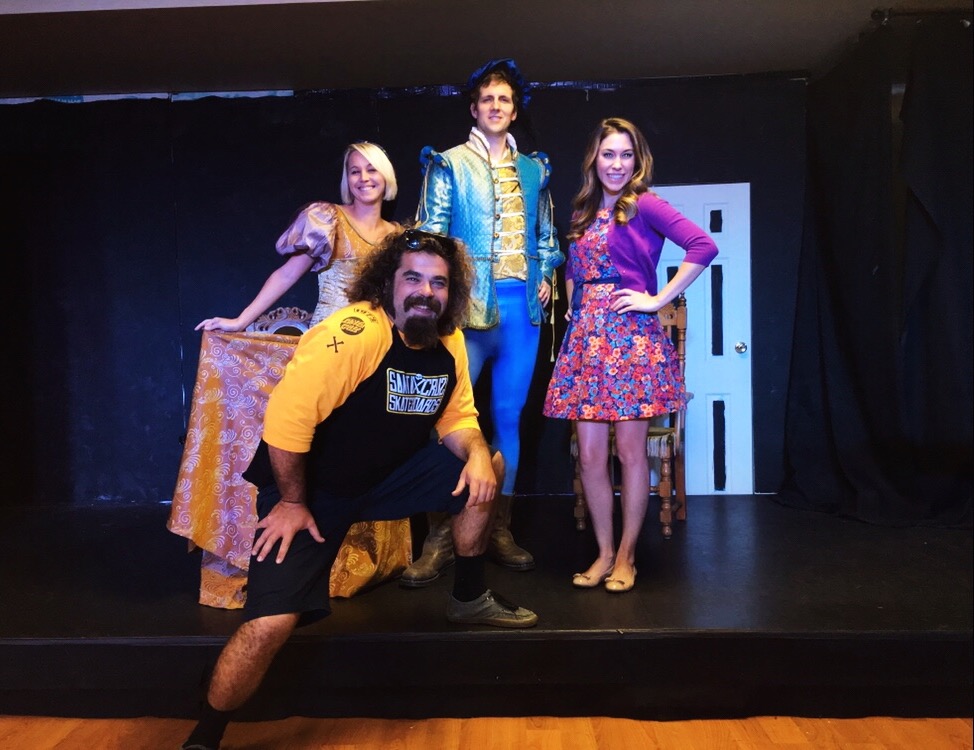 Last year I shot a scene for a pilot called Brian for Hire. Here’s the synopsis from IMDB: “Brian, an unemployed accountant, accidentally records a video saying he would do “anything” for work. Unbeknownst to him, his slacker brother posts the video on the Internet. Desperate, Brian decides to accept the job offers coming his way, no matter how bizarre they are.”

The pilot has now been broken up to be released as a web series and the first episode came out this week! I love the interactive aspect of this project.  Most of the action is scripted so far but the hope is that the audience (that’s you!) will submit jobs for Brian to do. One of these submissions was already incorporated into the pilot so look for it in an upcoming episode!

I play Mary Meyers, a well-intentioned but slightly inappropriate theatre director who hires Brian to be an actor in one of her “children’s” plays. (You’ll see why the quotes when the episode airs).  The shoot was extra special because some of my students from my real-life youth theatre got to be in the audience and we filmed in our small theatre space. Look out for the episode to be released on December 5th.

Like all low-budget films, this is a passion project for all involved. It was such a fun shoot because of the people and I hope Mary Meyers gets to make an encore appearance in a future episode.